Sacred Nigerian statues looted in war sell in Paris for £200,000 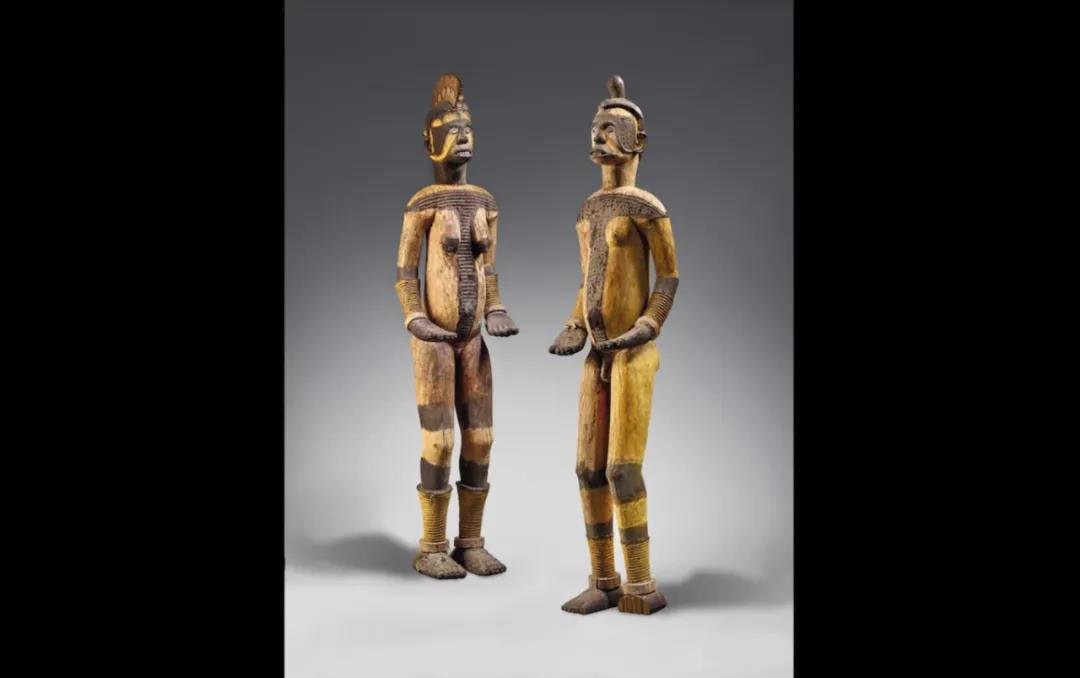 Sacred Nigerian statues looted in war sell in Paris for £200,000

Sacred Nigerian statues that protesters say were looted in war sell in Paris auction for £200,000

Igbo statues were sold by Christie’s despite a museum commission in Nigeria saying they were illegally removed from the country.

A pair of sacred statues that a Nigerian museum commission and protesters claimed were looted during the country’s 1960s civil war have been sold for €212,500 (£194,183) at auction in Paris.
The Igbo statues were sold by the Christie’s auction house, which defended the sale and said the artworks were legitimately acquired.
A Princeton scholar, Chika Okeke-Agulu, alongside Nigeria’s National Commission for Museums and Monuments, raised alarm earlier this month that the objects were looted during the Biafran war in the late 1960s. The war saw more than 1 million people die, many of starvation, trying to create a state for the Igbo people. The Igbo are one of Nigeria’s largest ethnic groups.
Okeke-Agulu, who is Igbo, said the objects were taken through “an act of violence” and shouldn’t be sold. An online petition with the hashtags #BlackArtsMatter and #MyHeritageMatters collected more than 3,000 signatures demanding the auction be halted.
The petition said “as the world awakens to the reality of systemic racial injustice and inequality, thanks to the Black Lives Matter movement, we must not forget that it is not just the Black body, but also Black culture, identity and especially art that is being misappropriated.”
In a statement to The Associated Press, the auction house said “these objects are being lawfully sold having been publicly exhibited and previously sold over the last decades prior to Christie’s involvement.”
Christie’s said it recognised the “nuanced and complex debates around cultural property,” but also argued that such sales stop black markets from flourishing.
Babatunde E Adebiyi, legal adviser for the National Commission for Museums and Monuments of Nigeria said they had contacted Christie’s on June 17 and had asked the auction house to suspend the sales pending further investigation into their origins.
“We are shocked the sales went on,” he told the AP. “It represents a major setback in our effort to get our antiquities from abroad.”
In recent years, French courts have consistently ruled in favour of auction houses whose sales of sacred objects, such as Hopi tribal masks, were contested by rights groups and representatives of the tribes.
Paris has a long history of collecting and selling tribal artifacts, tied to its colonial past in Africa, and to Paris-based groups in the 1960s, such as the “Indianist” movement that celebrated indigenous tribal cultures.
Interest in tribal art in Paris was revived in the early 2000s following two high-profile – and highly lucrative – sales in Paris of tribal art owned by late collectors Andre Breton and Robert Lebel.