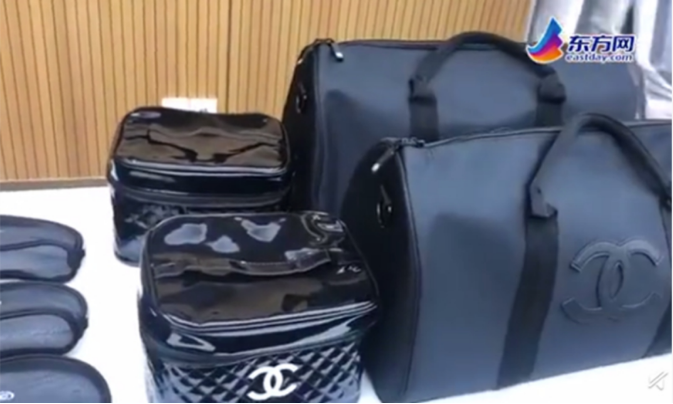 Shanghai police have reportedly seized copycat products worth more than 1.7 billion yuan ($242 million) this year, destroying some 240 dens that produce, store or sell counterfeit items.During a special campaign focusing on cracking down on intellectual property (IP) violations codenamed “Kunlun 2020,” police in Shanghai said they have solved more than 230 related cases, and protected the legitimate rights and interests of more than 60 brands, China Central Television (CCTV) reported on Tuesday.

One of the latest cases involved counterfeit bags of famous brands such as Victoria’s Secret and Chanel worth more than 50 million yuan. Shanghai police have arrested and charged nine suspects, responsible for making the bags and selling them through online stores, said CCTV.

The case caught the attention of Chinese netizens on Tuesday, with many Weibo users applauding the effort of Chinese authorities in cracking down on counterfeit products and protecting IP rights.

“Great to see the government’s ‘war’ against fake goods,” a user wrote, “Crackdowns [on fake products] protect the rights of both brands and consumers.”

Some users expressed concern about the difficulty of the “war,” suggesting there are too many counterfeit items for sale especially on e-commerce platforms.

“There are so many fake goods on shopping websites that I don’t dare buy anything. Not even a lipstick,” wrote another user.

The number of fake products for sale on e-commerce sites may have increased amid the COVID-19 pandemic although there are no exact data proving that has occurred, said Zhao Zhanling, a senior analyst at the Center for IPR Studies at the China University of Political Science and Law.

During the pandemic many customers have to switch to shopping on e-commerce platforms rather than physical stores, which created “business opportunities” for online counterfeiters, Zhao explained.

China has intensified the fight against IP violators at both the judicial and law enforcement levels, Zhao said. “It shows the government’s determination in protecting IP rights and improving the business environment,” he added.