China-Africa Space Cooperation: A New-Era of Co-Development and Co-Prosprosperity 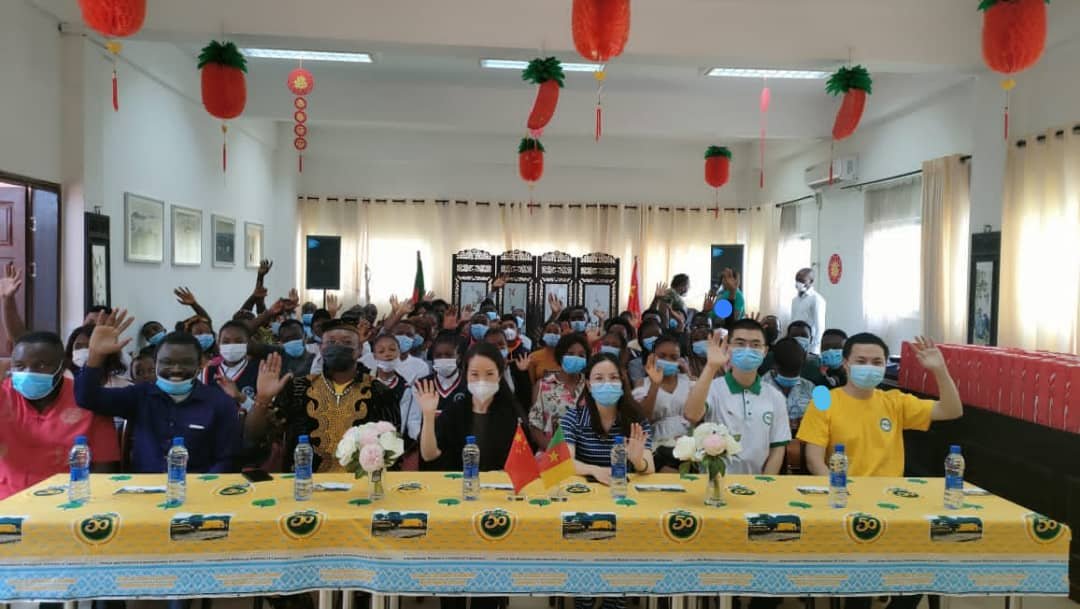 China-Africa Space Cooperation: A New-Era of Co-Development and Co-Prosprosperity

Space cooperation: An economic and strategic issue of the utmost importance 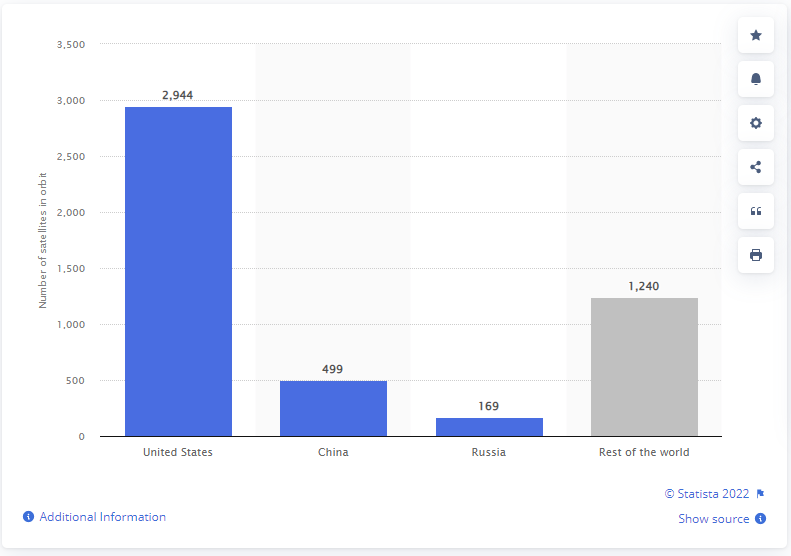 Number of satellites in orbit by major country as of January 1, 2022

The year 2022 marks 65 years since the launching of Russia’s Sputnik 1, the first artificial satellite to orbit the Earth, in 1957 marked the beginning of the space age of humankind. It also marked the beginning of space economy where countries of the world have invested billions of dollars in research and development projects to conquer outer space. Due to the development of space technology over the years, there are more than 4 800 active artificial satellites in space as of January 2022 according to Statistica.com.

Although the global space sector is growing, much of it is dominated by the West, particularly the United States which controls almost half of the active satellites orbiting the Earth.

By comparison, China is second to the United States with 499 active satellites. Space technology and applications have the potential to make important contributions towards socio-economic development and the eradication of poverty and inequality. According to recent statistics, global space is now estimated at US $447 billion. In fact, “The Space Report 2021 Q2” found that in 2020, the global space economy rose to $447 billion, an increase of 4.4% from a revised 2019 total of $428 billion. This $447 billion space economy is 55% higher than a decade ago and part of a five-year trend of uninterrupted growth.

Africa’s space sector is still very much in its infancy. African states control a total of only 41 active satellites which is 0.85% of the total number of satellites orbiting the Earth operated by 11 out 54 African countries. Countries such as Egypt, South Africa, Algeria, and Nigeria dominate the sector controlling 30 of the continent’s 41 satellites. Hence, it is not surprising that Africa produces a meagre 2% of the global space economy. This makes Africa dependent on most satellite services from the West-owned equipment and technology thus compromising its strategic autonomy and sovereignty. Moreover, the lack of space capabilities in Africa undermines the continent’s quest to reach the target of the UN’s Sustainable Development Goals SDGs by 2030. As such, the development of space technology and capabilities is a crucial area of co-operation between Africa and China. 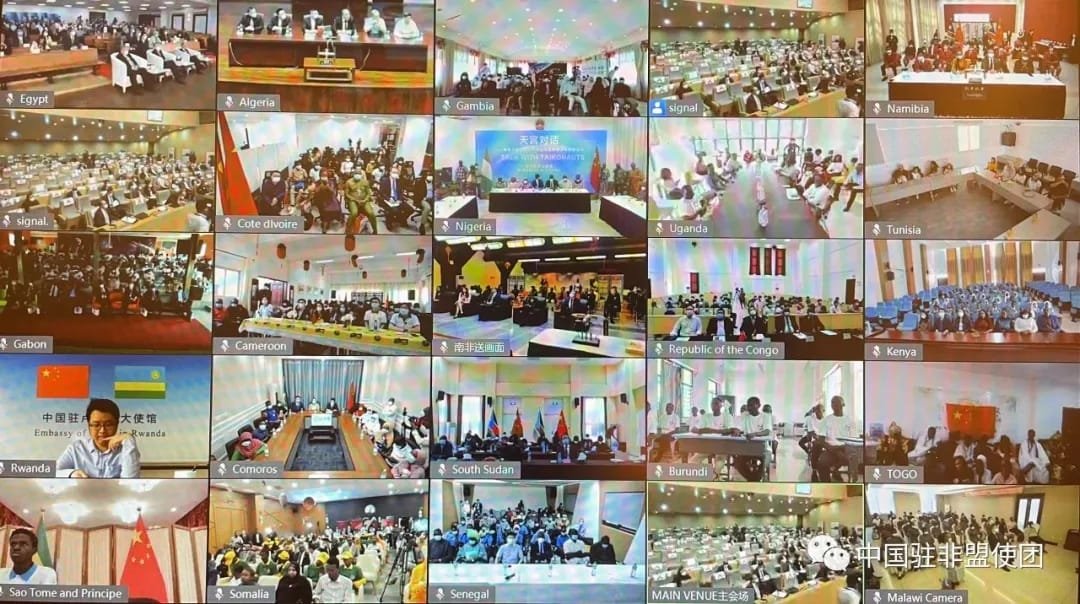 The African Union (AU) has adopted the African Space Strategy to enable African countries to take advantage of the opportunities that come with space exploration and space applications. The integration of space technology in the management and governance of water resources, marine resources, environment, climate, and infrastructure can yield enormous societal and economic benefits for Africa. Beyond that, space technology has also become central to military and defense operations, thus making it essential for the continent security.

On Tuesday, 6 September 2022, in its efforts to speed up the cooperation with the continent of Africa, the Chinese Mission to the African Union and the China Human Spaceflight Agency, have co-organized with the African Union, the “Dialogue with Taikonauts”, a sort of live chat that brought together, teenagers from across the African countries who interacted with the Chinese astronauts from the China’s Tiangong Space Station. Students from Algeria, Egypt, Ethiopia, Namibia, Nigeria, Senegal, Somalia and South Africa took part in the proceedings virtually from their respective countries.

Let’s remind that, Several African countries, including Ethiopia, Algeria, Tunisia, Egypt and Namibia, have already started their space journey with China’ support, including satellite launches and aerospace infrastructure building. So, the event, held at the African Union headquarters in Addis Ababa, was a continuity of the China-Africa space cooperation in the new-era.

The Chinese astronauts Chen Dong, Liu Yang and Cai Xuzhe were sent into orbit in June 2022 for a six-month mission on the Shenzhou 14 to help assemble the Tiangong space station. They answered questions on issues ranging from their life in orbit to scientific experiments conducted aboard the spacecraft. “We can also see some big cities, particularly at night, brightly-lit cities are easy to see,” the astronauts said in response to a question from an Algerian student. On a clear day, astronauts can spot the Sahara – the world’s largest hot desert – or Mount Kilimanjaro – Africa’s tallest mountain, through portholes on the Tiangong spacecraft, the students heard.

The Head of China’s Mission to the African Union, 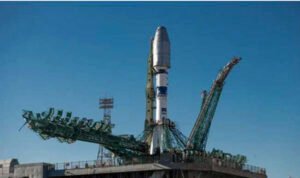 Ambassador Hu Changchun, made brief remarks on the China-Africa space cooperation in the following words: “In recent years, driven by the Belt and Road Initiative and the China-Africa Cooperation Forum, space cooperation has become a strong point in promoting our comprehensive strategic cooperative partnership. The diversified exchanges have yielded abundant fruits, especially in the manufacture and launch of satellites, the construction of aerospace infrastructure, the sharing of satellite resources, the training of engineers and joint research.”

Present to the ceremony was also the African Union Commissioner for Education, Science, Technology and Innovation, Professor Mohamed Belhocine, who recalled that the African Outer Space Program is a flagship of Agenda 2063 that focused on four main domains, including Earth Observation, Satellite Communication, Navigation and Positioning and, Astronomy and Space Sciences. “In the New-Space era, Africa is open to mutually beneficial cooperation since it has been termed as the new Eldorado for space business, and it is readily for engagements on win-win scenario,” Belhocine said.

Cameroun youths were eye-witnesses of the show 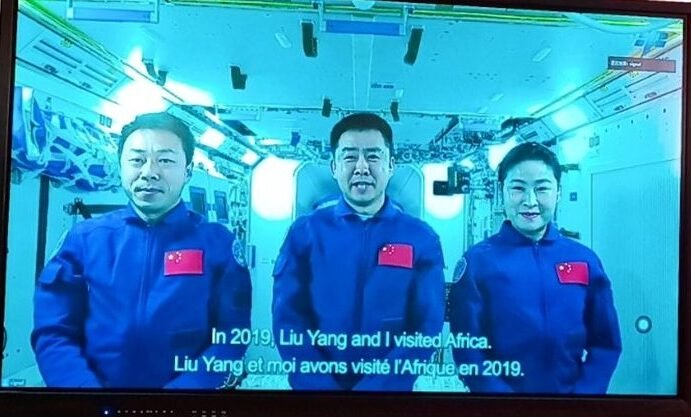 China is a great friend and an important economic partner of Cameroon. Although the republic of Cameroon did not yet officially start any formal space program by 2022, the premises were launch in 2019 by the State’s ministry of Posts and Telecommunications. In fact, 3 years ago, Cameroon launched a feasibility study for a space program. The project, purportedly known as CAMSPACE, was inaugurated by the country’s Minister of Posts and Telecommunications, Minette Libom Li Likeng, on July 17, 2019, by signing a document detailing the organization and functioning of the group that was to conduct the study. The main goals of the project is to provide data on the country’s ability to conduct a space program and also to investigate the deployment processes of satellite networks, as well as the necessary human resources, the required environmental impact assessment, the cost of a national space program, and the potential benefits & economic viability of the said program. The working group comprises of experts drawn from over twenty administrations and institutions in the higher education, telecommunications, research, agriculture, health, environment mining, and technology sectors. According to Minette Minette Libom Likeng the group will be dissolved once the study report is submitted to the ministry of communications. If successful, CAMSPACE may propel Cameroon to the ranks of African countries like South Africa, Ghana, Angola, Morocco, Algeria, Egypt, Nigeria and Rwanda that already have their own satellites.

The cooperation with China with China is a therefore good opportunity for Cameroon to realize its CAMSPACE program. As an eye-witness of the virtual “Dialogue with Taikonauts” from the Confucius Institute at University of Yaounde II, Cameroon, I foresee a bright future of a China-Cameroon space cooperation in this new era. For, I saw youth very proud and excited to communicate with astronauts far in outer space just as if it was their next-door neighbors. “If that dream has become a reality for our youngest one, then they themselves may realize it for the next generation once they grow up”, said a mother who was watching in live the “Dialogue with Taikonauts” with her young daughter. 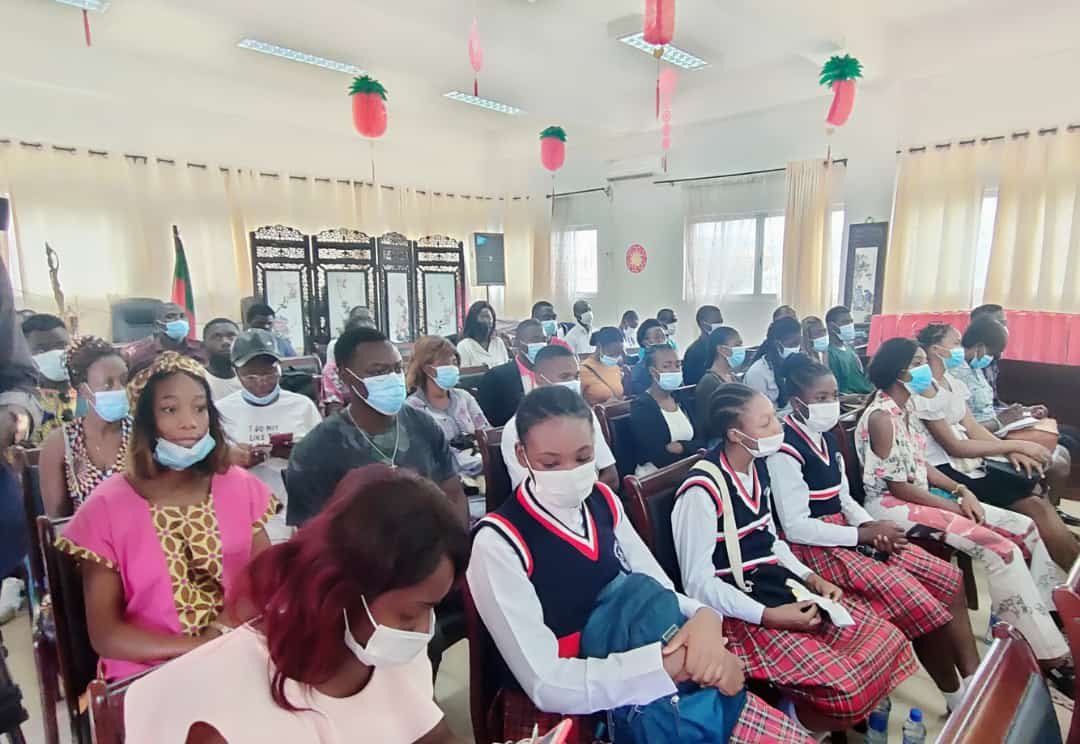 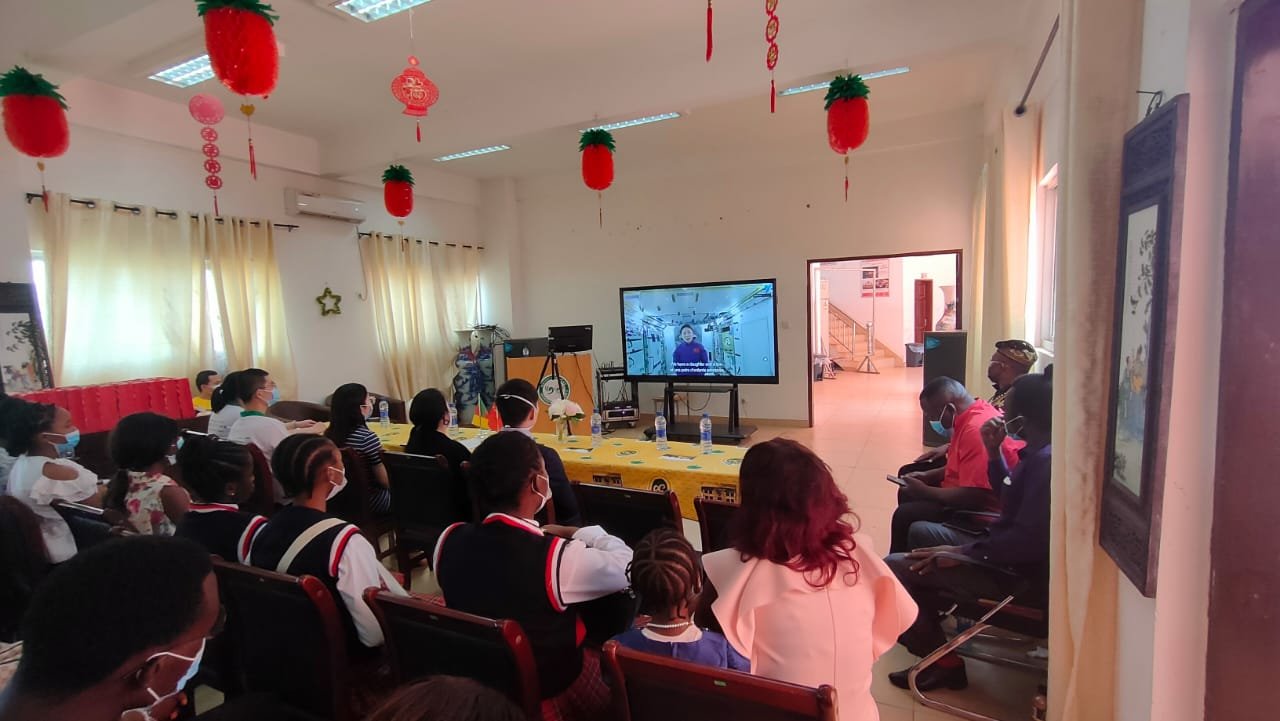 In a word, not only the China-Africa space cooperation has become an economic and strategic issue of the utmost importance for Africa today, also China is gradually proving itself through actions to be a reliable partner for Africa’s future.

Events such as the “Dialogue with Taikonauts” is only the visible face of the iceberg of multiple cooperation between China and African countries through its continental body the African Union. 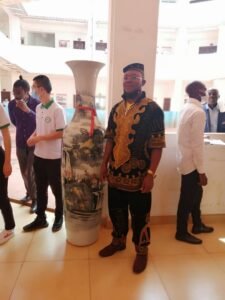 Vice Director of the Center for Francophone Studies,Institute of African Studies

We bring you a new narrative of our World from a Sino-African Perspective!